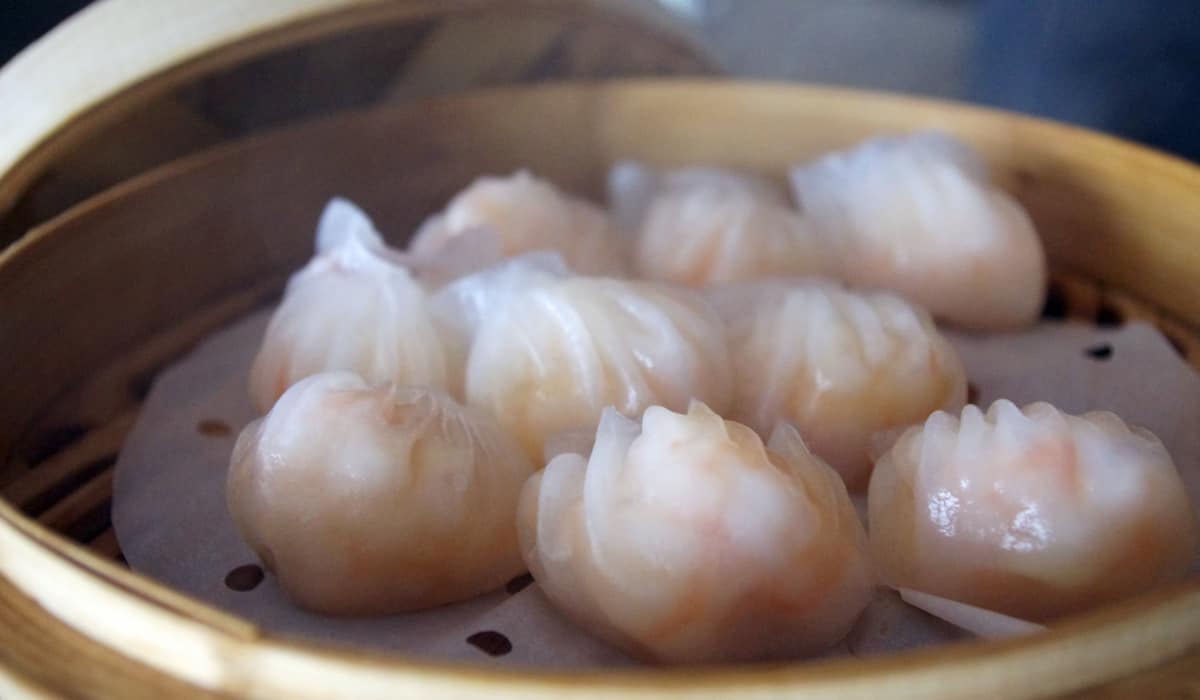 How Long To Steam Shrimp In Dumplings?

Gathering with your friends on a Friday night, it’s impossible to not think of dumplings. Filled with pork or your favorite seafood like steamed shrimp, you won’t be able to resist those tempting parcels we call dumplings. As delicious as some hot steamed shrimp dumplings sound, you can not expect to get them from a restaurant every day – it’s too heavy on your health and your pocket too. So what you need to do is learn how to make shrimp dumplings at home. There are so many recipes available on the internet but the only difficulty everyone comes across is knowing for sure how long to steam shrimp? But don’t worry, we will go through a lot of information concerning shrimp dumplings especially how long to steam shrimp in these dumplings.

How Long To Steam Shrimp?

In a true sense, there is no right answer for everyone wondering how long to steam shrimp, because of many factors. How long to steam shrimp can vary from dish to dish and the method of steam used. For instance, the steaming time for shrimps can be 2-5 minutes and even more according to the type of shrimps you are cooking. For simple steamed shrimp or spicy steamed shrimp recipes, 2-3 minutes of steam is enough to turn the delicate shrimps pinkish. 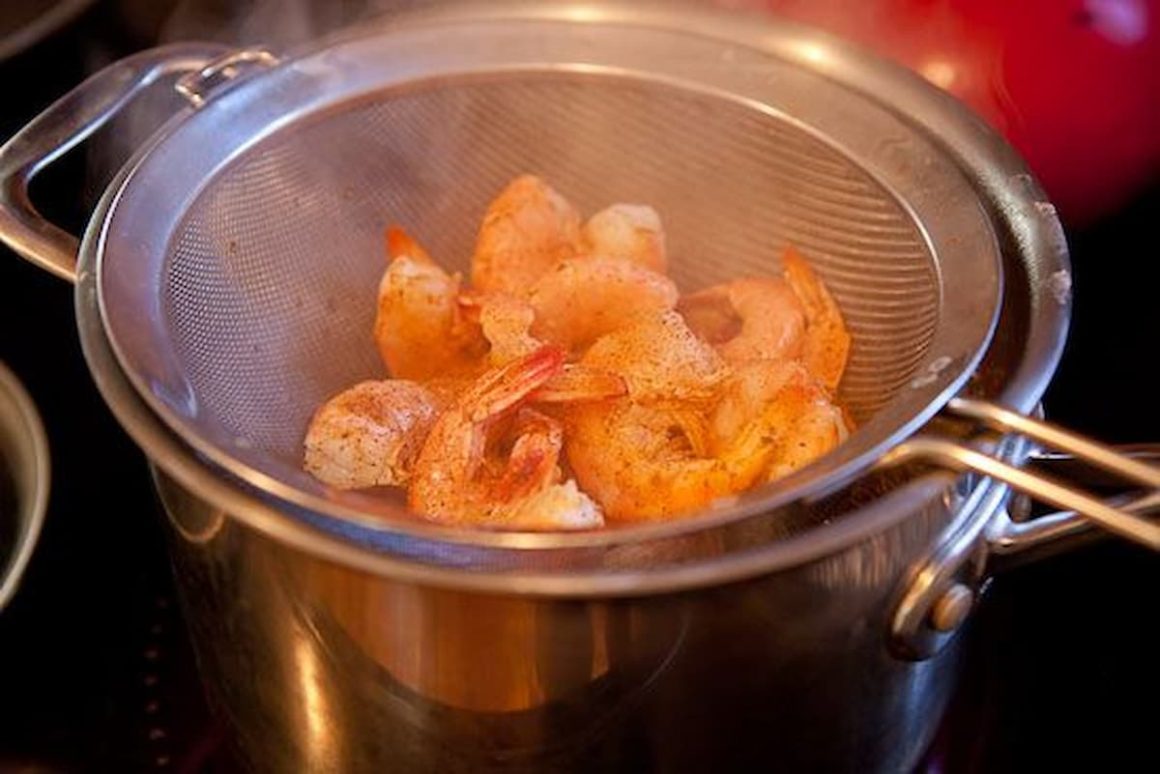 For colossal shrimps, around 5-6 minutes are required for the shrimps to be fully soft and cooked. In steamed shrimp dumplings, many chefs do not even steam the shrimps separately, so the question of how long to steam shrimp just vanishes there. They simply put everything that goes into the dumping together and steams the dumplings after filling them with the shrimp mix. So it is safe to say that the answer for how long to steam the shrimp in dumplings is nearly 2-6 minutes ranging from the size and type of the shrimps.

How Long To Steam Shrimps: Steaming Shrimps Perfectly Every Time

No one wants to miss snack time with some yummy shrimps in a large bowl, so we thought of sharing the best way to steam shrimps with you. Using our methods and ways, you too can have a happy hour seafood snack every day. Let’s get to it!

The topmost important thing to keep in mind while steaming the shrimp is to not take their shells off before putting them in a pan or your steamer. In case of either boiling or steaming, removing their shells make them come in direct contact with the heat. The tender skin of the shrimps can not bear the extreme heat without shells and often get overcooked or crumbed. The shells allow a little heat to pass on to the inner part of the shrimps and therefore they are cooked more evenly and tender.

Many people might be worried about the ugly vein that comes with the shell of the shrimp and no doubt it does make the shrimps a bit unattractive when cooked with the shell. What you can do is to take a pair of scissors and cut down the shell from the vein part, it leaves the shell partially open and the vein is out of the view.

The concern of how long to steam shrimp should not bother you when you set up your pot with water in it. For steaming, the shrimp should always be kept above the water level in the pot and not submerged in it like in the case of boiling. Take out a mesh strainer or bowl and place it over a hot boiling water container. For a thorough taste and texture, cover the mesh with a glass or steel lid. Stir them around in the mesh once or twice if needed and within 2-4 minutes you will have your perfectly steamed shrimps in front of you.

What is the point of knowing so much about how long to steam shrimps if you don’t even try cooking one of the shrimp dishes? There are so many recipes when it comes to seafood and particularly shrimps, but we have picked the easiest steamed shrimp recipe for you to try at home. You don’t even have to look for an answer to how long to steam shrimp as we’ve provided you with a recipe and the guidelines to prepare it. Here it is.

Note: Many people make the steamed shrimps by boiling instead of actually streaming. We do not recommend boiling as it makes the shrimp somewhat chewy and it gets difficult to season properly when in boiling water.

For the shrimps, clean the shrimps by cutting off the veins with a pair of scissors or a knife and cut the shell open partially. Do not remove the shell completely before steaming as it damages the texture of the shrimps. After cleaning and cutting, mix all the seasoning and with the lemon juice and cocktail sauce and fully cover the shrimps with the seasoning as some of it washes away by the steam.

For large shrimps, you might want to toss them around after two or three minutes so that the seasoning is well absorbed through the shells. Also change the positions of the shrimps in the mesh, as the ones on top are getting the lowest heat and those on the bottom, the most. Within 5 minutes, your steamed shrimps are ready to be served, either cold with some ice or hot as soon as you remove them from the steamer. Enjoy!

The question of how long to steam shrimp becomes irrelevant when the only important thing to consider is not overcooking the seafood, especially shrimp. Overcooking shrimps is closely linked with the method you use for steaming them. Typically, there are three ways people all over the world steam shrimps; stovetop steaming, microwave steaming, and oven steaming. Let’s have a look at each one of them.

For this way of steaming, arrange all of your shrimps in a dish that is microwave safe and large enough to put all the shrimps in a single layer. Stacking the shrimps on the dish makes it hard to season and steam them evenly. Make sure the dish is shallow enough to pour some lemon juice, water/oil, and seasoning on the shrimps, without dripping.

Add the seasonings and sauces according to your dish requirements and cover the dish or the container with a microwave-friendly plastic lid or food wrapping. Set the microwave for two-six minutes for small to colossal shrimps respectively. When you notice the shrimps curling up in a C shape through the microwave glass, turn it off and serve the freshly steamed shrimps.

For the typical stovetop steaming, peel off the skin of the shrimps with your fingers or using a tool, but remember to not remove the shell completely from the shrimps. Take a large pan or a pot and fill it with water half full. Pour some salt, lemon, and vinegar into the water according to your needs and put it on the stove.

Place a steamer basket, rack, or mesh strainer, whichever is easily available to you, on the pan. Take your shrimps and place them on the steamer basket in a single layer to avoid under or overcooking them. Cover and steam the shrimps until they turn pink and curled up, which usually takes around 3-4 minutes.

For this method of steaming, preheat your oven up to 230 degrees C and place the shrimps on either parchment paper like in baking or aluminum foil. Place the foil with shrimps on the baking pan that has been sprayed with a bit of cooking oil. Keep the shell on the shrimps to provide some insulation from the direct heat of the oven but don’t forget to cut the vein at the end.

Put some sauce, seasoning, or butter on the layered and cleaned shrimps in the pan. Cover the baking pan with another layer of aluminum foil to produce steam in the pan. An important thing to keep in mind is that in the oven, the shrimps may take as long as 8 minutes to become perfectly soft and tender. Take out from the pan when ready, serve and enjoy.

How Long To Steam Shrimps In Steamed Shrimp Dumplings Recipe

We have answered your question of how long to steam shrimps in dumplings by providing you with an amazing yet easy steamed shrimp dumpling recipe. Here it is.

Grab a large bowl and thoroughly beat the egg white in it, then put sesame oil, onions, rice wine, jicama, kosher salt, white pepper, sugar, cornstarch, and the chopped shrimp in the bowl. Mix all the ingredients in the bowl for about 2 minutes, until it starts to form a thick paste-like mixture. Put the mixture in the refrigerator for an hour after covering so that there is no smell of the food in the refrigerator in the bowl. 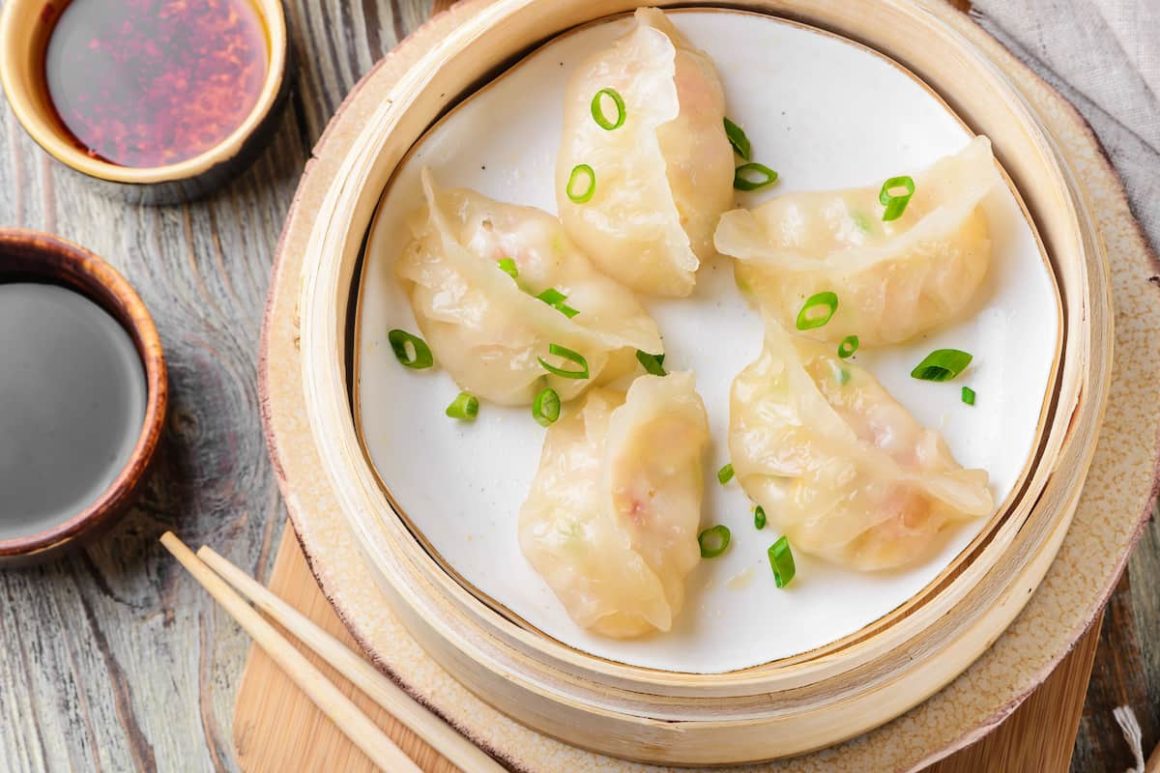 Once you are done with filling all the dumplings, put them to a boil. For that pour water in a nonstick pan up to a quarter, and add enough dumping in each round to make a single layer in the pan. Cover the pan for about 5-6 minutes for each round of the dumplings and take them out. In case the water has been evaporated in the pan before the dumplings are fully cooked, you can always add more water to it. Your steamed shrimp dumplings are ready to be served with Ponzu sauce, or soy sauce, enjoy.

Streaming Or Boiling The Shrimps: Which Is Better?

Now that you know how long to steam shrimps, the question remains which method is better; steaming or boiling.

Boiling and steaming are not that different processes when it comes to shrimps and other seafood, but for boiling people don’t really ask questions like how long to steam shrimp, because it is pretty simple. There are so many more methods of cooking the shrimps than just boiling and steaming, such as grilling, baking, and roasting. Boiling and steaming the shrimp both result in soft tender seafood as long as it is not overcooked or undercooked. The risk of overcooking is greater in case of boiling as the shrimp is in direct contact with the heat source; water. Whereas, in steaming, a steam rack or mesh is protecting the shrimps from the direct heat source.

Another reason the shrimps that are steamed are cooked better is that they have their shells on at the time of steaming. The steamed shrimps have a more rich taste as the seasoning is not entirely washed away by the water vapors. Whereas, by putting the seasoned shrimps in the boiling water in a pan, most of the seasoning is washed away by the bubbles of water and the shrimp has less taste in the final product. So we conclude that steamed shrimp is better in many ways than boiled but other methods like roasting, grilling, and barbeque are great too.

Can You Eat Raw Shrimp In Sushi? 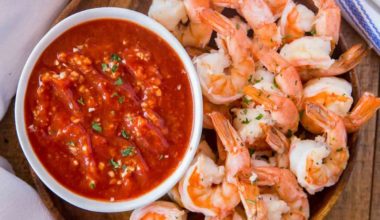 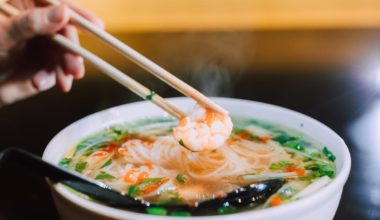 Read More
Table of Contents Hide How Long Do You Boil Shrimp?Boiling TimePerfectly Cooked ShrimpWhat Kind Of Shrimp To Boil?Boiling…