In this economic climate, discussions relating to thriftiness have become almost trendy. For a long time, though,  discussions of cost in regard to food were taboo. The food writing world split into two completely separate categories. On one side there was writing that was concerned with the pleasure of food, which never mentioned cost (unless to swoon over some expensive, luxurious ingredient). On the other side, cost-conscious food writing was relegated to nutritional advice for people who were having a tough time getting by, or strange, old-fashioned oddities. The way people used to have to cook.

I think this separation is bunk. For as long as food has existed, good kitchen economy has been a part of every culinary tradition. I think there is no reason that thriftiness and tastiness should be opposing pursuits. And cooking with thrift in mind does more than just save money, it is reduces waste (another kind of green) and taps into ingenuity of age old culinary traditions. This blog is my effort to uncover those traditional, thrifty recipes and techniques and translate them into practical advice (and recipes, of course) for keeping a contemporary thrifty kitchen.

Broadly, the recipes are grouped into three categories. Cheap & Tasty recipes use relatively cheap, basic ingredients. These are the recipes I find myself making again and again, sustaining my day to day food needs. Stretch & Savor covers recipes with more precious ingredients. Sometimes these ingredients are stretched to last longer, and sometimes they are just savored for their rare and welcome presence in a meal. Recipes from Salvaged Scraps use ingredients that might normally be thrown away or wasted and instead turn them into something tasty. 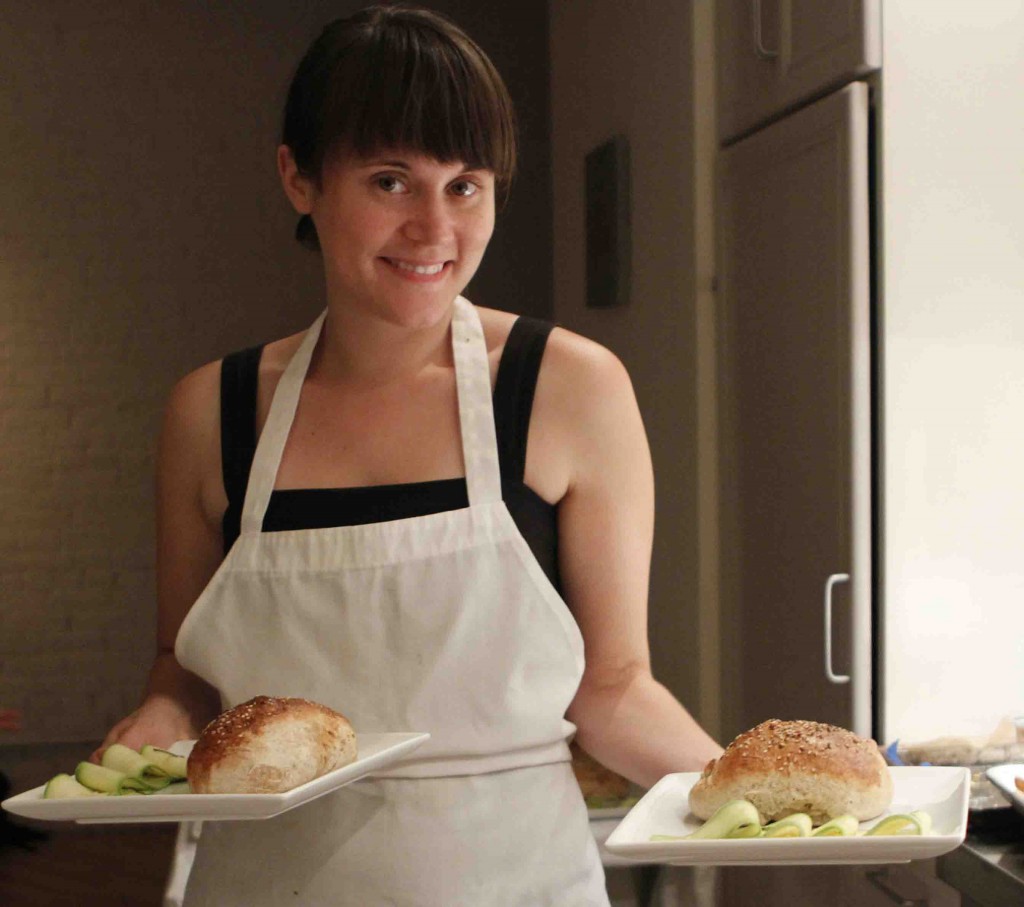 Renee graduated from the French Culinary Institute’s Pastry Program in 2006, and has worked in several notable New York restaurants. Before that she studied Architecture, and blames all of her persnicketiness on having a formal design training.  She can sometimes be found teaching culinary skills at Cooking Matters classes organized by City Harvest. By day, she draws technical things on a computer. By night, she cooks, reads, tends to two emotionally needy cats, and occasionally instigates experimental dinner parties. Renee lives in Brooklyn.

Keep the comments coming, I love them! Questions/suggestions too! And definitely let me know if you have any feedback after making a particular recipe. You can reach me by email or through our Facebook and Twitter presences.

I do not accept freebies or plug suggested products. I reserve the right to remove any comments that are personal attacks or that are unrelated to the post and site .