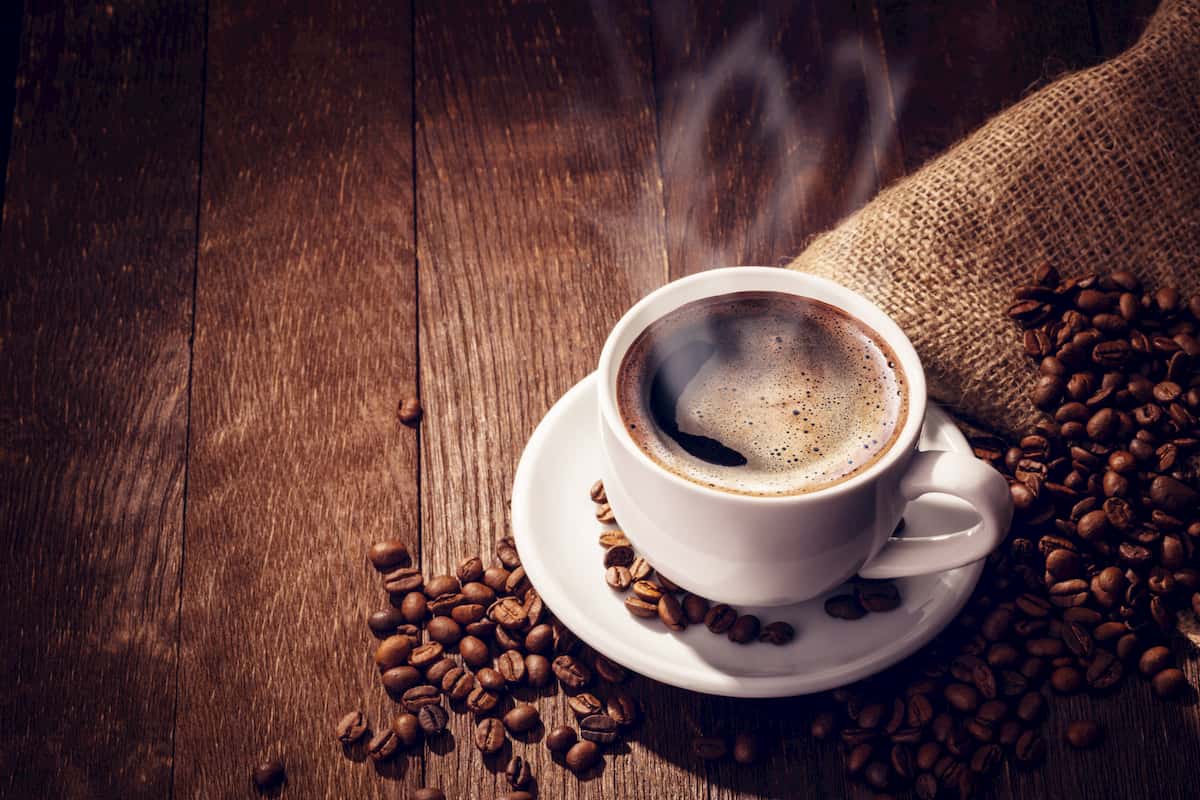 9 Awesome Reasons Why Coffee Is Good for You

More than 50% of Americans age 18 and over drink coffee every day.

Americans love their coffee. In the past, there were swirling doubts as to whether coffee was good for one’s health. In recent years, however, scientific research has uncovered various reasons that support coffee intake.

A significant benefit that should get you to reach for your favorite single serve coffee is that it’s an antioxidant champion.

To understand the inherent value here, you need to know how antioxidants work.

Antioxidants help combat inflammation in your body, which is an underlying cause of several chronic conditions. These include several types of cancer, arthritis, and even atherosclerosis.

Antioxidants are also good at protecting your body cells from damage. They do so by neutralizing free radicals that can cause oxidative stress and trigger chronic diseases.

Of particular note is a specific kind of antioxidant that’s almost only found in coffee. Known as chlorogenic acid, this antioxidant is thought to help combat cardiovascular disease.

There are around 1,000 antioxidants present in unprocessed coffee beans. That’s more than cocoa and tea, which are renowned for their antioxidant properties.

2. Coffee Could Help Lower Your Risk of Type 2 Diabetes

Research suggests there might be three main ways that coffee helps reduce your risk of getting type 2 diabetes.

The first school of thought believes that coffee can help your body use insulin properly while protecting the cells that produce insulin. The combined effect of these two things is that your body can better regulate blood sugar.

The second way through which coffee helps here is by preventing tissue damage.

Thirdly, scientists believe that the antioxidants in coffee battles inflammation, which is a risk factor for type 2 diabetes.

To add to this body of research, caffeic acid has been seen to be especially useful in eliminating toxic abnormal protein deposits that tend to accumulate in your body if you have type 2 diabetes.

Caffeine does affect the regions in your brain that governs memory and concentration. It’s this impact that helps you get a short-term memory boost.

With that said, it’s not apparent how long this memory boost will last nor how the impact can look like in different people.

To illustrate this, Austrian scientists gave 100 milligrams (mg) of caffeine to volunteers. They noticed that these volunteers’ reaction times and memory skills did improve in comparison to the control group that never got the caffeine dose.

Several theories abound as to how coffee can help you avoid cognitive decline associated with Alzheimer’s disease and other dementia types.

Some think that caffeine prevents beta-amyloid plaque from building up, which is a substance that contributes to the start and progression of Alzheimer’s.

Others feel that the link comes through caffeine reducing the likelihood of type 2 diabetes (by battling inflammation, which is an underlying cause). Type 2 diabetes acts as a risk factor when it comes to dementia, and as such, if you lower it, you can influence the probability of dementia developing.

Liver cirrhosis is an autoimmune disease that causes cancer and liver failure. The disease is triggered by excessive alcohol consumption, and there is evidence that coffee can help combat this.

A 2006 study (that ran for 22 years) concluded that people who drink at least one cup of coffee a day reduce their chances of getting liver cirrhosis by 20%.

Another set of studies show that coffee can also keep you from having non-alcoholic fatty liver disease (NAFLD).

If you drink four or more cups of coffee a day, you stand less risk of preventing NAFLD’s progression.

Do you want to perform better in your athletic endeavors? That may just be a coffee away!

In the past, there has been anecdotal evidence that a cup of coffee before working out helps athletes perform better. That’s been especially prevalent when it comes to endurance sports like running and cycling.

Scientists confirm that when you take coffee, it increases the level of fatty acids in your bloodstream. The higher number of fatty acids helps your muscles absorb and burn more fat to release more ‘fuel.’

The net effect is that your body does not dip into its lesser carbohydrates reserves until later on in your exercise. Hence, you develop better athletic endurance.

7. Smelling Coffee Can Relieve Your Stress

In a world full of stress triggers, it’s invaluable to learn the smell of coffee can help calm you down.

Research from the Seoul National University studied the brains of rats that underwent sleep deprivation.

What these researchers uncovered was startling.

Out of the sleep-deprived rodents, those exposed to coffee’s aroma experienced a change in brain proteins linked to the stress factor.

That may portend stress-relieving qualities for humans in relation to particular triggers.

8. Ease the Symptoms of Parkinson’s Disease

In 2012, a ScienceDaily study indicated that patients who have Parkinson’s disease could control their movements if they drank coffee.

Previously, research only indicated that those who take coffee have a lower chance of developing Parkinson’s disease.

Knowing that coffee can help those already dealing with the disease in controlling their movement is a big step.

Did you know you could battle the blues by drinking coffee? According to the National Institute of Health, drinking four or more coffee cups daily can set you up for a ten percent less probability of experiencing depression.

It’s worth noting that it’s not the famed ‘caffeine high’ that helps lift your moods.

Researchers think that the antioxidants in the coffee are responsible for making you feel good with every cup.

The Verdict Is In: Coffee Is Good for You!

Coffee is extremely popular among Americans today. Deposit this, there exists a history of controversy around whether coffee is good for you. Take your time to research and study the scientific proof that points to a running list of positive coffee attributes as a daily beverage.

Are you looking to up your healthy eating skills? Check out more of our content for recipes and other culinary insists that can help you develop healthy eating habits.

The Advantages Of Double-Oven Ranges

What is a food shelf and how can it help me? 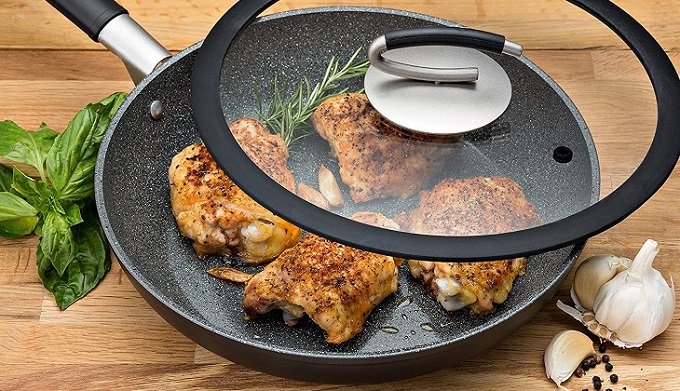 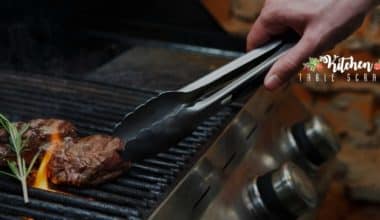 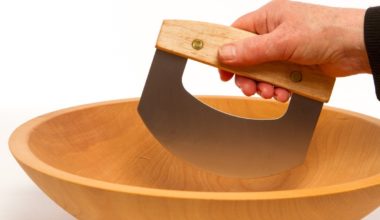 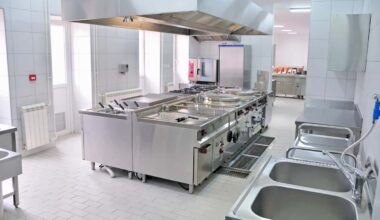 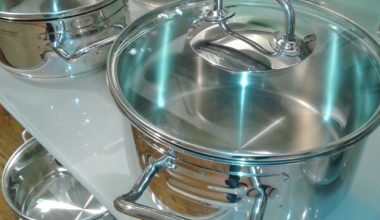